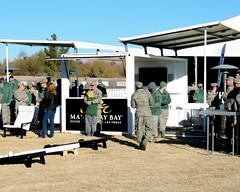 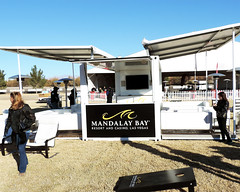 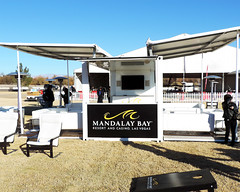 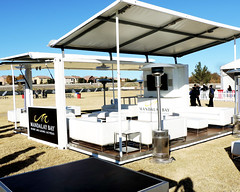 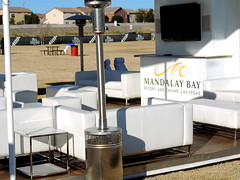 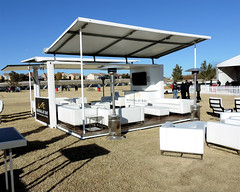 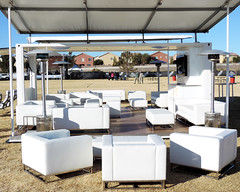 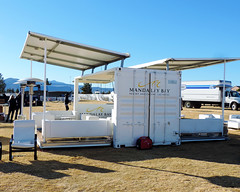 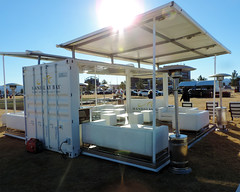 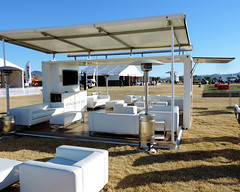 The College Football Bowl season kicked off on Saturday, December 17 with a handful of games across the country.  Furthest west of these bowl games was the Las Vegas Bowl, pitting the University of Houston against San Diego State University.

Mandalay Bay, one of the most iconic hotel & casinos on the Las Vegas strip, decided they wanted to do something a little different.  Rather than just do the same old ‘tent and table’ setups that, quite frankly, are starting to become a thing of the past, Mandalay Bay decided to provide a space that was eye-catching, fresh and unique and drew attention from all the attendees of the tailgate.  This full suite lease fit perfectly with what Mandalay Bay was aiming to do at the Las Vegas Bowl; Create a fun, welcoming space that aligned with their premium brand while showcasing themselves above and beyond the status quo.

As with most college bowl games, a pregame tailgate was set up for a few hours prior to kick off.  Along with the schools represented in the game, the tailgate was full of food vendors and major brands who wanted to have a presence for the thousands of fans who would be in attendance before entering Sam Boyd Stadium for the game.

This was a terrific event and one that was as turnkey as it gets.  Boxman Studios was able to have this leased suite modified and branded and in Las Vegas after the initial conversation just 2 weeks prior to the game.  Hats off from Boxman Studios to Etzel Agency who managed and executed the pregame tailgate experience to perfection and worked diligently to pull off this great event.  We are so appreciative of the opportunity to showcase one of our many solutions for a brand like Mandalay Bay to the fans who attended the game.