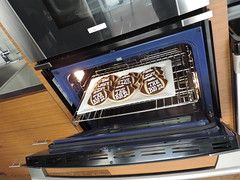 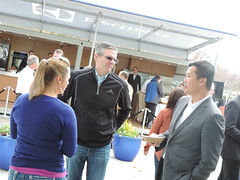 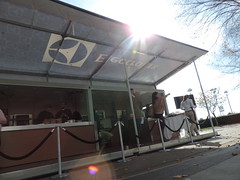 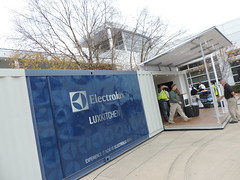 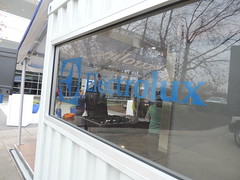 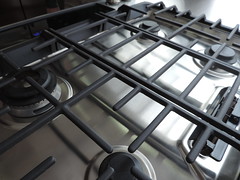 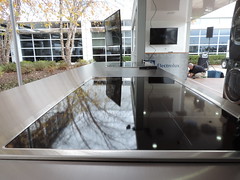 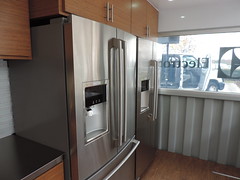 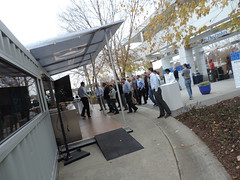 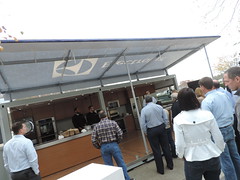 We’ve been helping brands take their messages to their audience for years. From Adidas to Covergirl, nothing showcases a product or service like like experiencing the offering directly. Global appliance manufacturer Electrolux agrees with this idea.

The Luxkitchen is the first of its kind, our finishing experts created stainless steel counter-tops and custom wood framework and cabinetry that secured appliances while still allowing them to be flexible. The custom finish work was crafted so that the the kitchen remains secure (even when traversing bumpy highways at 70 mph) and shows up at its destination bright and shiny as ever, unfolding to reveal a full Electrolux showroom. In order to keep the showroom from being cramped, the cook-top counters sit on tracks which are slid out onto the fold-down floors during use. Before it travels again, it all slides neatly into place and is locked down before the unit is set on the truck.

The ribbon-cutting of the Luxkitchen took place at the Electrolux headquarters in front of an excited crowd of  employees who got the chance to see how the Luxkitchen will forever change how they interact with customers. The Electrolux team, has big plans for the kitchen, taking it across North America allowing consumers to interact with the latest appliances the company has to offer.

The unveiling gave employees the chance to experience the mobile kitchen as their customers would. The event was even catered utilizing the induction cook-tops within the Luxkitchen, which could be seen courtesy of two mounted GoPro cameras wired to multiple television screens.

The Luxkitchen has truly revolutionized the idea of the traveling showroom, and we’re excited to see what’s in store for its future.