The PlayMaker’s Club made its debut at the Florida-Georgia game, and the response has been remarkable. Not that we’re surprised, when you build the world’s first three-story VIP hospitality structure from modified shipping containers for the world’s largest outdoor cocktail party, you’re bound to turn some heads. On November 2, 2013, nearly 300 Florida Gators and Georgia Bulldogs fans attended the PlayMaker’s Club enjoying fine food, watching game-day coverage on the 20′ Jumbotron, listening to live music, and meeting celebrities.

Guests fawned over the event, and onlookers marveled at the towering structure. Our CEO David Campbell put it best, “With the help of IMG College and Arena Americas, we’ve changed hospitality forever.” No other sporting event, college or professional has pulled off a temporary structure of this magnitude. The PlayMaker’s Club spans over 4,500 square feet, is constructed from nine modified shipping containers, is climate controlled, and includes all the amenities you could ask for on game-day, food, drinks, games, music and more.

“The most impressive aspect of the structure is what guests don’t see. We’ve worked very hard here at Boxman Studios to ensure the highest level of quality and safety for the build of the PlayMaker’s Club,” says our VP of Manufacturing, Troy Selberg. “We worked with structural engineers, architects, third-party inspectors, fire marshals, and local government officials to create a structure that met and exceeded building codes. As it stands, the PlayMaker’s Club can withstand earthquakes, snow loads, and hurricane winds.”

The fun’s not over yet, the Club still has two more events in January 2014 in Pasadena for the Rose Bowl and the BCS Championship Game. In the meantime, check our gallery of pictures from Jacksonville. Follow us on twitter @boxmanstudios to stay updated on everything we do, and be sure to check back for more pictures and video.

And if you’re ready to do something amazing with shipping containers, contact us.

“America’s newest form of hospitality was a definite success here in Jacksonville, and has now raised the bar for other exclusive party venues.” – Richard Miller, Miller on Sports

We’re very proud of our work with the PlayMaker’s Club, and we would like to thank our partners in the creation of this project for their hard work and dedication. 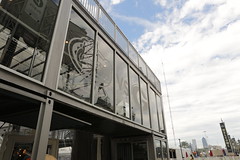 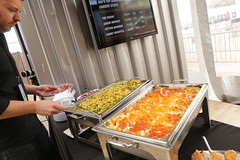 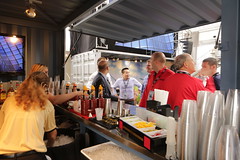 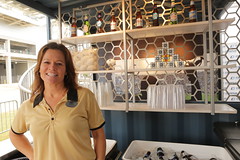 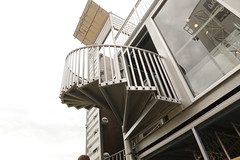 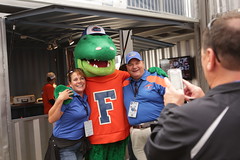 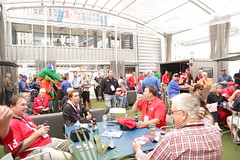 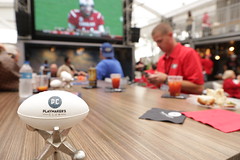 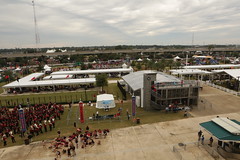 Photography and video by Rebrand Media